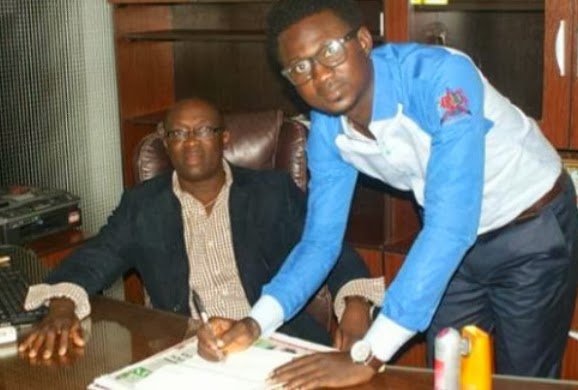 Talented Fuji musician Adewale Ayuba has joined the growing list of Naija musicians and celebrities who already own their individual clothing firms.

The KORA award winning artist popularly known for his elegant fashion sense has continued to prove that he’s not only a talented musician, but also likes to pay close attention to what he puts on.

This was revealed by Adewale Ayuba himself in a telephone chat few days ago.

He said he had been busy working on new projects lately among which was his newly launched clothing line tagged Bonsue Wears.

Ayuba said he launched the clothing line to boost his corporate image worldwide.

At the launching that was held in his office in Lagos, the new designer who will be responsible for Bonsue wears, Shegzy Fashion, said he was happy to have signed for Ayuba, saying he was looking forward to working with him.

“We decided to sign Shegzy fashion because he has proved over the years that he has a very good understanding about the job and I am particularly moved by his sheer dint of hard work. He’s one of the most talented fashion designers around and we are proud of his success over the years,” Ayuba said.