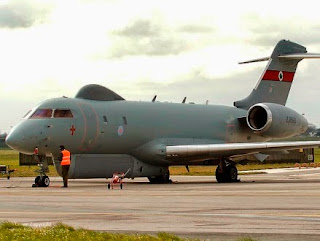 May 20, 2014 – British Plane Sent To Rescue Chibok Girls Breaks Down In Senegal

The Sentinel aircraft reportedly broke down due to an unspecified technical fault.

The statement from the UK Defense ministry reads:

“A technical fault which has delayed the Sentinel aircraft on its way to Ghana is being investigated and will be solved as soon as possible. In the meantime the UK military team continues its work on the ground while other surveillance aircraft continue the search for the missing schoolgirls,”.

In addition to the British troops on ground in Nigeria, UK also offered to send in surveillance jet to help in locating the missing Chibok girls.