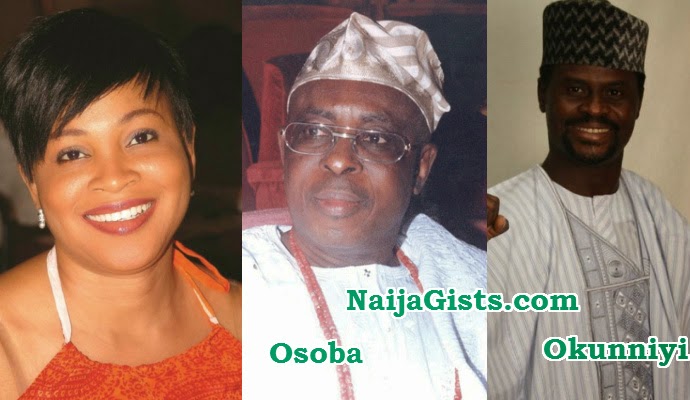 If the report coming from fillers in Ogun state is anything to go by, then popular Nollywood actress Bukky Wright has caught a big fish.

The beautiful mother of two who was shamefully dumped by her Nigerian-American husband Wale Onitiri several months back has moved on with Chief Segun Osoba the former governor of Ogun State.

We learnt that Bukky Wright’s new romance kicked off after she dumped the spokesman of PRONACO and former Ogun Governorship aspirant, Wale Okunniyi when his wife got to know about their affairs..

Fillers also claimed that Okunniyi was the one who introduced the delectable actress to Osoba in order to used godfatherism to secure a political appointment for her in SDP which eventually didn’t happen.
In the process, Bukky dumped Okunniyi and eloped with the Akinrogun of Egbland himself, Chief Olusegun Osoba.

When the news started passing round, the talented actress quickly denied ruffling the sheets with Chief Osoba. She allegedly acted defensively by throwing tantrums at the failed politician, describing him as a ‘Facebook Politician’ who only hold rally and other political activities on the social media.