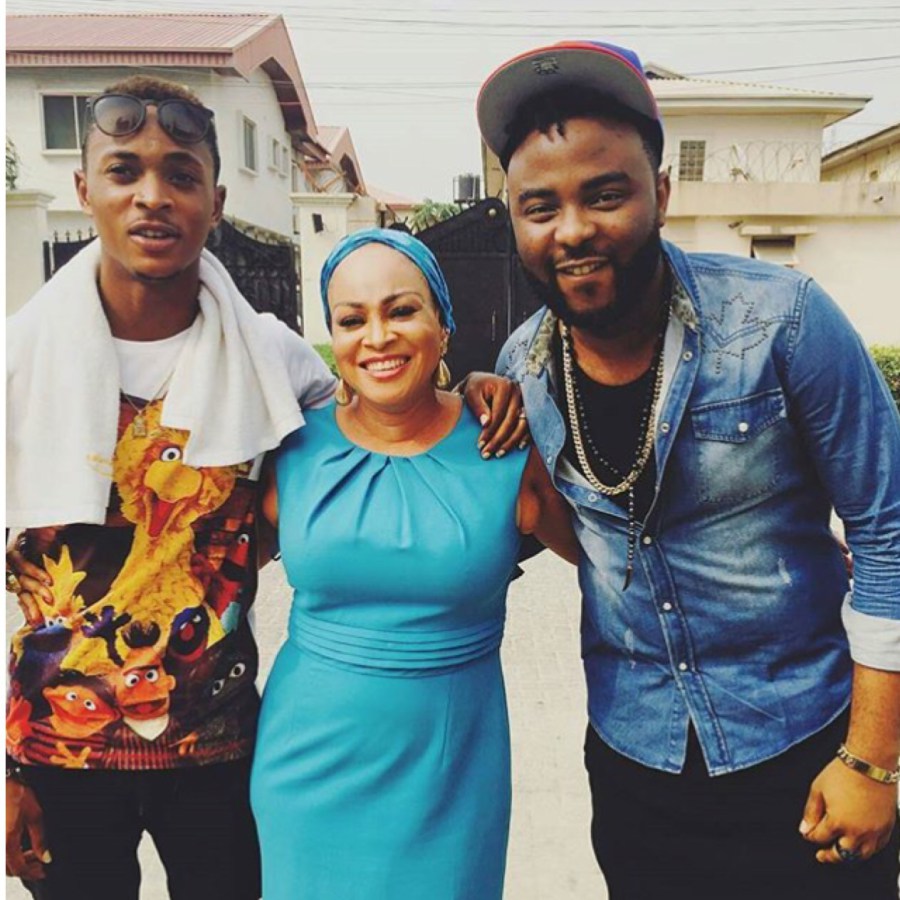 Ojayy Wright, a budding artist and the first son of Nollywood actress Bukky Wright has been dragged to Soundcity VJ Adams in bid to promote his new song titled Kritical.

Pictured here is Bukky with her son at Soundcity’s office.

This is Ojayy’s second hit song.