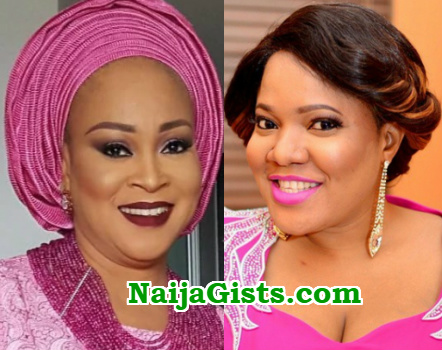 Nollywood newest millionaire, Toyin Aimakhu who recently adopted Abraham last name has revealed the identity of the actress who discovered her acting talent.

In a recent interview on Gbajumo TV, Toyin Aimakhu said her relationship with veteran actress Bukky Wright opened way for her acting career.

Miss Aimakhu who described herself as an accidental actress said becoming a movie star was never in her plan.

Watch her full interview on ‘Gbajumo TV below:

Note: Today is Oga on top’s birthday. NaijaGists arrived Toronto last night for a week long vacation. Heading to Niagara Falls. Will be right back.

Thanks for your understanding beautiful people.

We will be having NaijaGists first get together party in 3 major cities across Naija this year. Official Announcement loading……