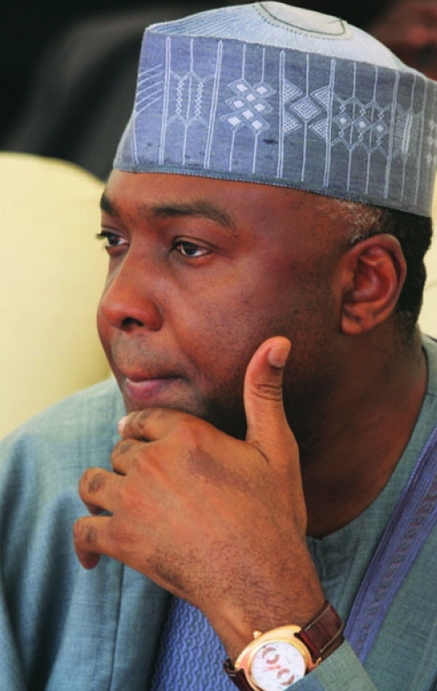 Despite his little political distance from APC leader Tinubu, Senator Bukola Saraki has been elected as the new President of the 8th National Assembly in Abuja.

On Monday, Saraki led faction of the APC party shunned a peace meeting with Osinbajo.

Many people in the party believed Saraki will soon start his own political party because of his unapologetic gesture towards Ashiwaju Bola Tinubu.

Saraki’s senate presidency divided the leading party into 2 factions today after 51 APC senators who are Tinubu loyalists shunned the election this morning.

Saraki was unanimously selected by 57 PDP and APC senators.

The missing APC senators were in a meeting with Buhari to resolve the National Assembly Crisis when Saraki was declared the President.

PDP Senator Ike Ekweremandu was elected as his deputy.