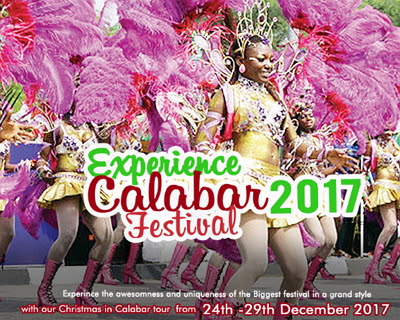 At least 26 countries are participating in the 2017 Calabar carnival, Mr Ikobi Ikobi, a Commissioner in the Carnival Commission in charge of Media and Publicity has said.

Ikobi, who spoke in an interview on Tuesday in Calabar, listed the countries to include, Mexico, South Africa, Thailand, Greece, Brazil, Kenya, Ghana, Senegal, Rwanda amongst others.

According to Ikobi, the countries have shown interest to participate in the 2017 edition with the theme, “Migration’’.

He said that the annual month-long carnival brings tourists from all over the world to the state and has been the melting point of Africa’s hospitality due to its diverse tourism events and sites, the green environment and the warm hospitality of the people.

“The 2017 edition of the carnival will play host to over 26 countries. Countries that have indicated interest include Brazil, South Africa, Greece, Kenya, Thailand, Ghana, Mexico, Rwanda and others.

“Most of them will have their own band on the grand finale of the carnival which is scheduled for Dec. 27 and Dec. 28.

“Top in our priority is security; I can assure tourists coming in for the event of adequate security because we are liaising with all the security agencies in the state to ensure a peaceful and fun-fill celebration’’, he said.

Similarly, Mr George Ekpungu, Commissioner for New Cities Development in the state, told NAN that the carnival had promoted talent and creativity since its commencement in 2004.

Ekpungu added that the event has united the people of Cross River and Nigeria in general due to its robust activities and mass participation.