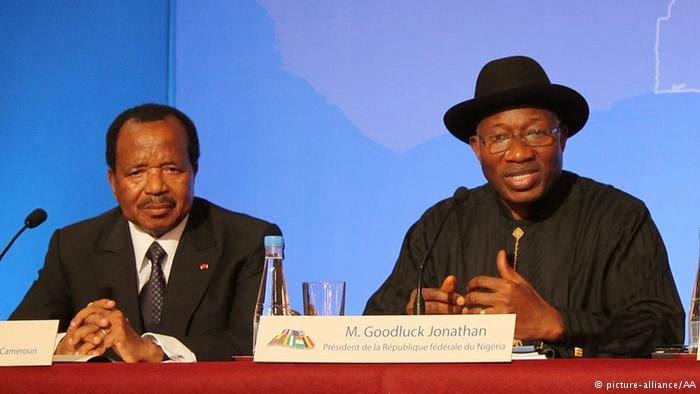 There is a long history of French betrayal, including in the Nazi wars. And these were not only of foreigners but also of friends and family. I am definitely not going to stereotype a people or nation based on culture and language, and then, our neighbors, Cameroon and Chad, etc are not French but only partially French cultured; however it is becoming critical to analyze and review the attitudes and policies of Nigeria’s neighbors in view of the fight on terrorism.

Cameroon threw out a blatant lie when we killed Abubakar Shekau II. I first received the picture of Shekau’s dead body a day after the war and two days before the Cameroonians claimed they killed him. When I got the picture, something struck me in it as being a “familiar” face. It was sent to me not as the body of Shekau but just as the body of a dead Boko Haram commander. Apparently the Cameroonians too received one of the pictures early and promptly identified it as Shekau II. And they decided to lie. They immediately sent out this same picture I had received from Nigerian sources and claimed they had killed Shekau II.

The world bought the lie; more eager to believe Cameroon than Nigeria; thanks to a woeful President like Jonathan at the helm. By the time Nigeria first announced that we had killed Shekau at Konduga, Cameroon had already run with half the glory. Little did Cameroon know that we had video evidence of us interviewing him alive and several more pictures that had been taken from the first day. One wonders whether it is the paltry $7 million reward they were pursuing, or they just wanted to appear useful after years of failure.

It is a shame, a big shame at that that derides our relationship with our Eastern neighbor. Cameroon has a lot of interest in Nigeria. Nigeria recently foolishly submitted itself to a Hague biased judgment tampered in favor of Cameroon by its Colonial master, France. Many do not know that the judgment placed not only the Bakassi peninsula but parts of oil rich Borno and Adamawa states, the states today plagued by Boko Haram, under the ownership of Cameroon.

Cameroon and Chad are eagerly drilling of the same oil Nigeria owns from explorations from shared pools at the Bakassi and Lake Chad/ Chad basin. Cameroon, Chad and Niger have always tolerated Boko Haram training camps and the supply of ammunition to Boko Haram terrorists through their territories. Most Boko Haram commanders are French –speaking citizens of these nations. In fact, the truth about Boko Haram II terrorism is that it is foreign bred and a francophone invasion of Nigeria, permitted and allowed by our Presidency and corrupt and senseless entities that our President dines with, enriches and protects for his own political and tribal reasons.

Today Cameroon has proven itself to be a treacherous neighbor that cannot be trusted. It is time Nigeria reestablishes respectful, comprehensive regional security cooperation with the States it shares boundaries with and ensures that it deals with its neighbors from a position of strength and with cautious presentiment.

These are not however attributes Goodluck Jonathan has or can feign. Nigeria awaits a replacement leadership that will establish English-speaking Nigeria’s position among its francophone neighbors and respond sharply and deliberately to all forms of complex foreign threats, regional or Global.

Continue Reading
You may also like...
Related Topics:cameroon, nigeria