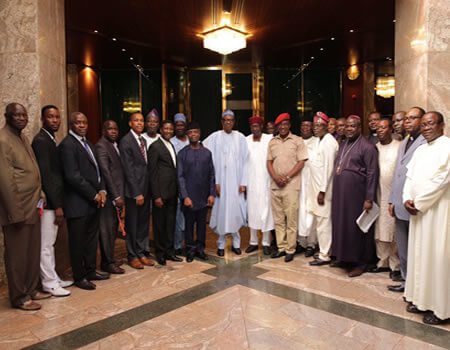 Northern Chapter of CAN (Christian Association of Nigeria) on Thursday met Buhari at Aso Rock where they requested for his urgent intervention in the ongoing abductions, and forced marriages of underage Christian girls by northern Emirs.

The chairman of the Christian Association in the North, Mr Yakubu Pam led his group to Aso Rock for urgent help in the release of the latest victim, 14-year-old Habiba Isiyaku who was forced to convert to Islam and marry 76-year-old Emir of Katsina, Usman Abdulmumin since Katsina Police Command officials have been unproductive in their effort to secure the release of the girl.

The group which congratulated Buhari on the recent wedding of his daughter urged him to take action to free Habiba as a father who knows how it feels for an underage child to be incarcerated.

Mr President was urged to speak to Northern Emirs to emulate respectable processes in contracting marriages like that of his daughter, Fatima Buhari who married few days ago. 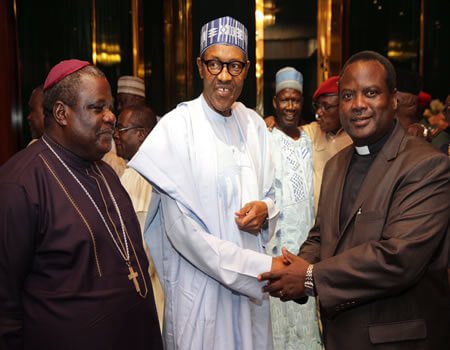 Another issue raised by the group was the non-stop attack on northern farmers by Fulani herdsmen.

Buhari promised to look into the matters presented before him soon.