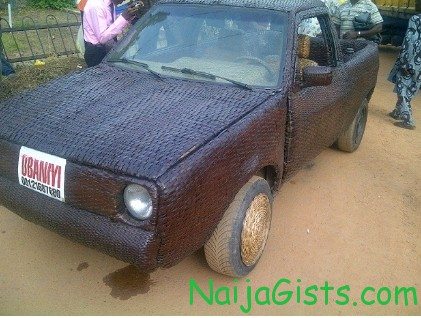 Nov 28, 2012 – Car Made Out Of Bamboo Spotted In Ibadan Oyo State Nigeria (Pictures)

Up until now, all we’ve been hearing is Naija Got Talent but we haven’t really seen a raw talent exhibition as in the case of Mr Obaniyi, a man who invented a car out of raw bamboo in Ibadan, Oyo State Nigeria.naijagists.com

According to eyewitnesses of this creative wonder on wheel, the inventor, Mr Obaniyi who used his cellular number 08121687680 as the car’s plate# said it took him over 12 months to source the fund for all the materials he used.

He drove the car from Bodija Ibadan to Oyo state Secretariat with no problem and later packed it at Liberty road in front of the High Court.

If Mr Obaniyi were to be in advanced countries, he would have become a millionaire by now.

Risk factors aside, the creativity of this car can’t be overlooked.

The inventor deserves a national award. 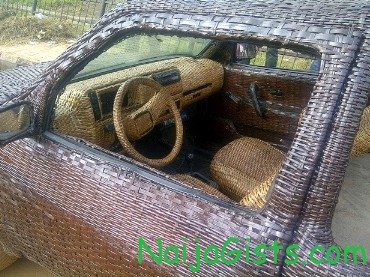 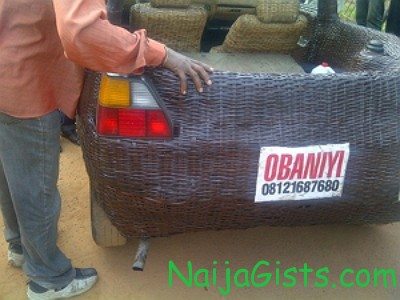 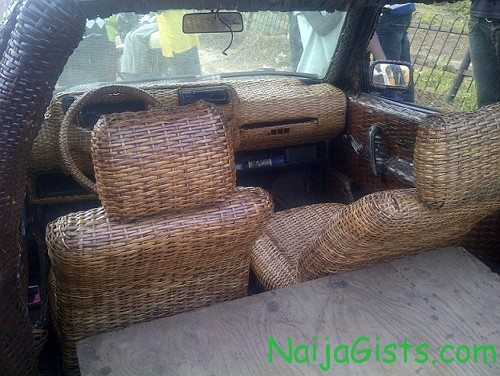