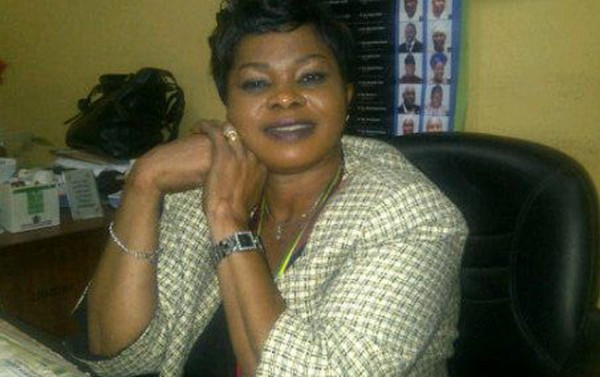 There was shock and pandemonium at the Lagos State House of Assembly premises yesterday, as the corpse of the Assembly’s Chief Matron was discovered in her office.
The Matron, Caroline Oriola, who headed the staff clinic, was suspected to have slumped and died unnoticed over the weekend.

Discovery of her remains by a cleaner in the early hours of Monday sent shock waves down the spines of the legislative workers. For the better part of the working hours, the staffers were gathering in groups and discussing the issue.

It was learnt that Oriola had gone to the office and she was last seen on Saturday, August 22, until a worker, who had gone to her office to do routine cleaning, found her on the floor.

Sources revealed that the Matron had gone to her office on the fateful day to take some drugs, and she was said to have put on the air conditioner and bolted the entrance door from behind.
It was gathered that the security men on duty were unaware of the incident though the deceased had signed out the keys.

A visit to her office revealed an atmosphere of shock and despair.
“It is indeed sad news. Nobody expected that she would die, when she did. We were told that she was in the clinic to pick some drugs only for her dead body to be found on the floor by a cleaner,” said a source.

Another source disclosed that Oriola’s husband, who had waited endlessly for her to return home, had gone to check her in the Assembly, but left when he did not find her car at the parking lot. The Matron had parked at the lawmakers’ designated car park within the premise.

“She was a very nice woman that often personally attended to all. Last Friday, she still personally attended to the head of Information department. I cannot believe she has died,” a worker told The Guardian.
The Lagos State House of Assembly Chapel, in her honour, could not hold the normal Monday morning service.

Some senior staff of the House led by the Clerk, Segun Abiru, later conveyed her remains to the morgue.