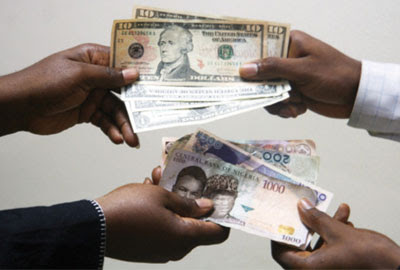 The Central Bank of Nigeria, CBN has cancelled importation of US Dollars and all foreign currencies due to the seemingly dollarisation of the economy.

On Tuesday, The Central Bank Of Nigeria stated that the move was part of its resolve to save the naira as well as the economy from external threats and dominance.

However, commercial banks can only bring in foreign currency into the country after getting the necessary approval from the CBN.

A statement from the CBN’s Deputy Governor in charge of Economic Policy, Mrs. Sarah Alade, reiterated that at the last Monetary Policy Committee (MPC) meeting, member of the committee had expressed concern over the strong foreign exchange demand from domestic sources, which according to her, were not linked to increase in the import of goods and services.

She explained: “The CBN Governor, Mallam Sanusi Lamido Sanusi and his team decided to take immediate action to safeguard the naira and ensure its stability.”

Alade disclosed that the MPC also observed the surge in United States dollar cash importation by Deposit Money Banks (DMBs) and the subsequent sale of huge amount of the greenback to Bureaux De Change (BDC) operators.

The apex bank last week revoked the operating licence of 20 BDCs that were alleged to have purchased and sold huge sums of United States’ dollars with no documentation to show details of the transactions.

While revealed that Nigeria currently ranks as the largest importer of US dollars in the world.
According to her, if the trend was not contained, it could pose grave threats to the value of the naira as well as the Nigerian economy.

“The re-introduction of the RDAS is expected to prevent round tripping of foreign exchange purchased at the CBN official window to unauthorised channels.

“Also, a circular has been issued mandating all deposit money banks to redeem all inward money transfers in naira to the recipients at the prevailing inter-bank foreign exchange rate. This is in line with best practice,” the central bank added.

While condemning the action of erring BDCs, the CBN emphasised the continued relevance of the BDCs in the forex market, even as it stressed that it would continue to support their operations in line with the existing guidelines.

Furthermore, in order to guard against stifling the activities of the BDCs, the CBN authorised all deposit money banks to deal at the official foreign exchange market rate.

It also warned that the banks would only sell forex cash to BDCs subject to a maximum of $250,000 per BDC per week.
[Report By Obinna Chima, This Day Live]