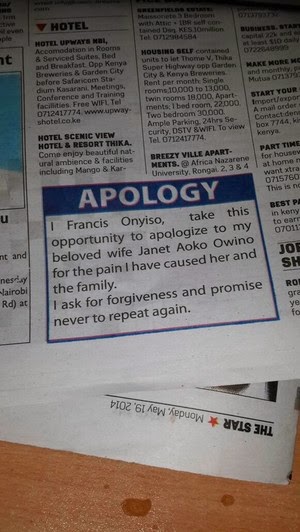 On Monday the 19th of May, 2014, a Kenyan man identified as Francis Onyiso advertises an apology letter to his wife on the national newspaper after he was caught with another woman at a local hotel.

The former Harambee Stars Player was caught the same night by his wife when he was supposed to be at a match with his mates.

He reportedly dashed to national newspaper office the second day to offer post and apology advert so as to make things right with his wife.

He paid twenty two US dollars for the advert…. an equivalent of three thousand five hundred naira.

Francis and his wife Janet have been married for 20 years and have three children together. 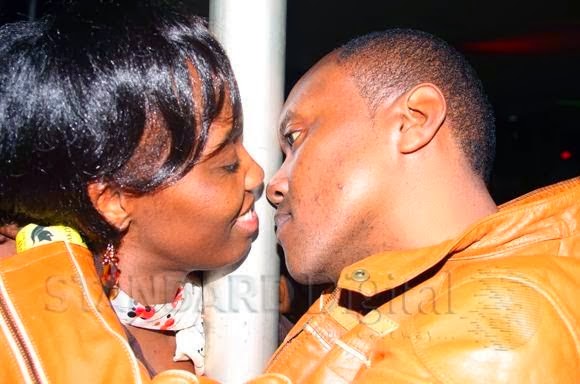