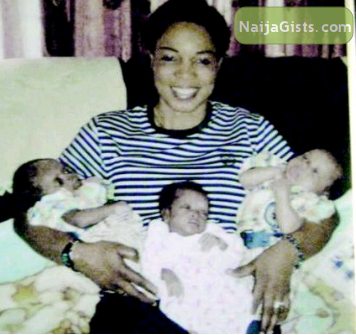 To clear the air on the rumours surrounding her delivery, Nigeria’s First Olympic Gold medalist Chioma Ajunwa has revealed the first photos of her triplet babies.

41-year-old Chioma Ajunwa Okpara who got married to a Pastor said she’ll encourage her triplets to do sports.