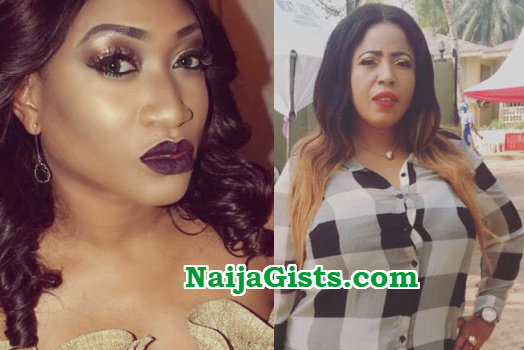 March 11, 2017 – Chioma Toplis: Oge Okoye Is A Backbiter, She Talked Trash About My Interracial Marriage, She’s My Sworn Enemy

UK-based Nigerian actress Chioma Toplis who recently joined the bandwagon of people ‘yabbing’ Nollywood actress Oge Okoye for living a fake life after she allegedly stole the photos of Hollywood stars Kenyan Moore’s dogs has opened up on why she’s been bashing her on the social media.

Since the picture scandal, Chioma has at different times, posted memes and made snide comments about Oge, calling her “fake ass ‘somborri” and other innuendos.

Her action didn’t come as a surprise to many as the actresses do not see eye to eye since a rift pulled them apart in 2014.

On why she called Oge Okoye out on Facebook, Chioma Toplis said: