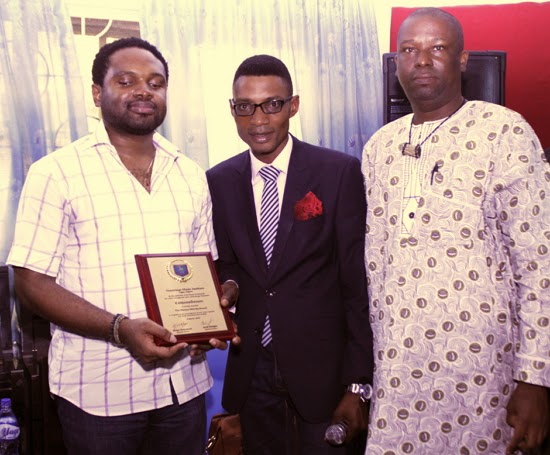 It was quite an inspiring time for the students of Tenstrings Music Institute as they hosted Cobhams Asuguo and GT Da Guitarman last Wednesday in the institute’s quarterly event tagged StarMingle. The StarMingle is a program designed to celebrate outstanding artistes in the Nigerian Music industry, while providing students in the institute the opportunity to learn from the artists by interacting and sharing with them during the event. Activities during the event included live performances of both musicians’ popular songs by students, words of advice from the guest artists, question and answer session and presentation of a MENTOR-WORTHY award to the artists. 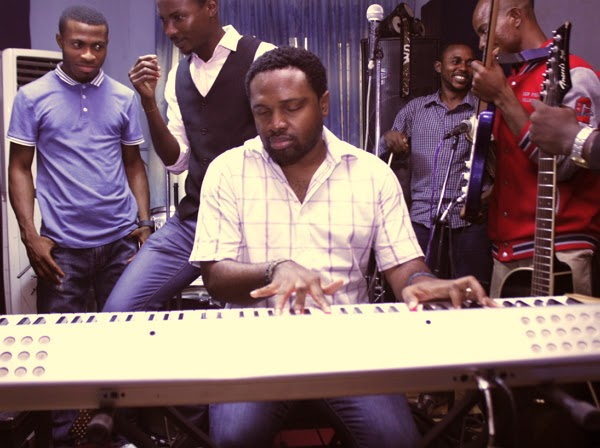 Students of the institute expressed great excitement as GT Da Guitarman shared with them his numerous tough experiences in the music industry in a career that has lasted over a decade. Cobhams was not left out in this enlightenment for the upcoming acts, as he made them understand that no amount of disability is strong enough to retract their destinies, provided they believe in themselves, keep it real and pay the price of hardwork. Remarkably, he emphasized there’s no big deal in failing, when you fail, fail-forward.

The director of the institute in his statement, reiterated that the event was paramount to bridging the gap between where the upcoming musicians in the college are right now and where they dream to be, by drawing inspiration from musicians who have already walked the path. He thereafter presented to both artists the MENTOR-WORTHY AWARD, which henceforth makes them mentors to students of the institute officially.

The climax of the event was when Cobhams took to the piano and GT to the microphone to dazzle the students in a jamming session which lasted over 30 minutes. The students soon joined in the fun as they mounted other instruments and perform with the visiting stars.