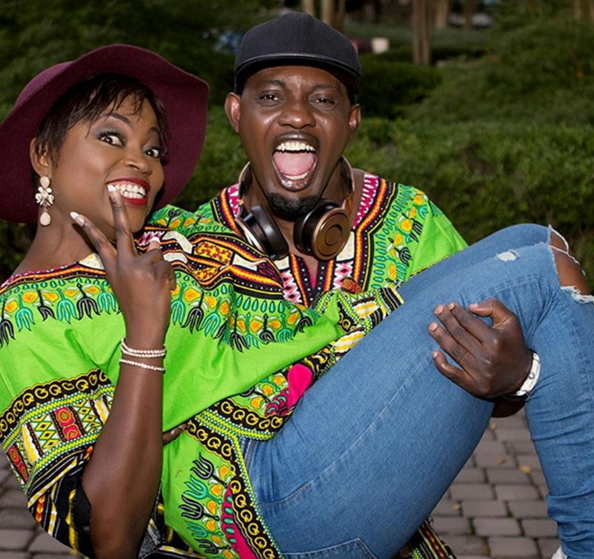 A Trip to Jamaica will start showing in cinemas across Nigerian from Friday, September 30.

Describing the movie as a spinoff of his record breaking debut feature production, 30 Days in Atlanta, producer of the flick, AY, said that he is hopeful that A Trip to Jamaica will surpass his previous effort.

“There are some parts that have my personal experience but it just something I come up with knowing full well that I want to shoot in Jamaica. I just thought of a need to do something that will blend with that culture and will reflect Nigeria as well. Akpos is very adventurous. He is not limited to his zone. That is why he operates from his zone to another zone and reflects how a Warri boy will be seen in that region. So from 30 Days in Atlanta, we decided to also make A Trip to Jamaica. Don’t be surprised if Akpos ends up in Paris.”

To spice up the event, the lead characters, AY and Funke Akindele who played Bola, made a grand entrance to the black carpet in a Lamborghini.

A Trip to Jamaica follows the adventures of Akpos who hails from Warri, Delta State and his love interest, Bola, who is just as equally unconventional in her ways. They both visit Atlanta on what they call a pre-wedding honeymoon but somehow end up in Jamaica.

Being the regular stand-up guy that he is, Akpos unknowingly gets caught in a ‘situation’ with the cartel, a situation which he needs to get out of fast or face dire consequences.

Prior to the premiere, celebrities had gathered on Saturday as ex Nigerian internationals played ex Jamaican internationals in a charity match which saw the Nigerians beating the Jamaicans 3-1.