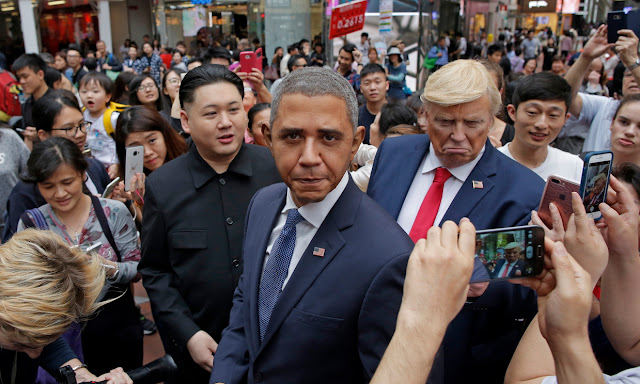 Traffic stopped as curious people swarmed around them to take pictures.

The professional impersonators were hired for the Rugby Sevens.

See them in action in the video below

See photos of the trio below 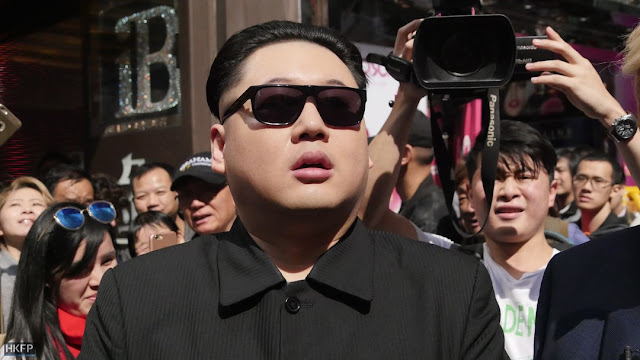 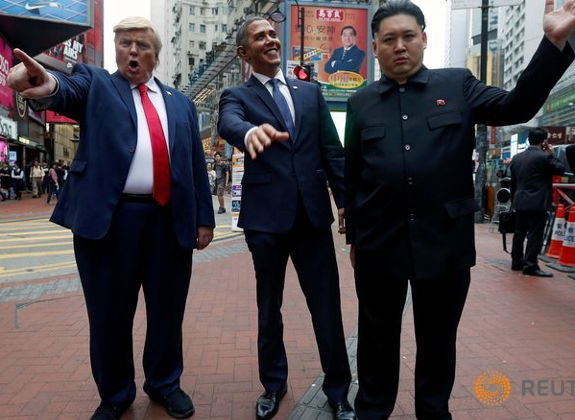 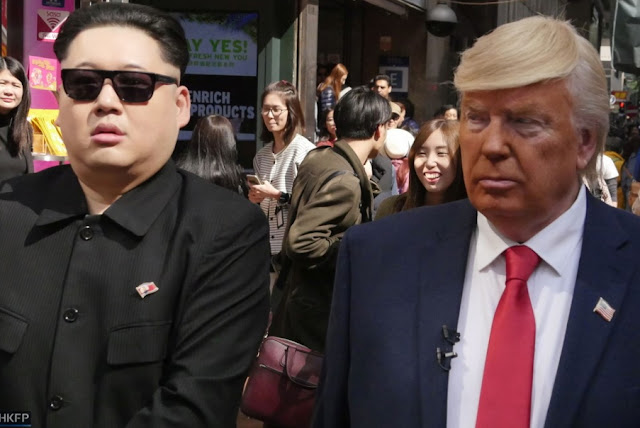