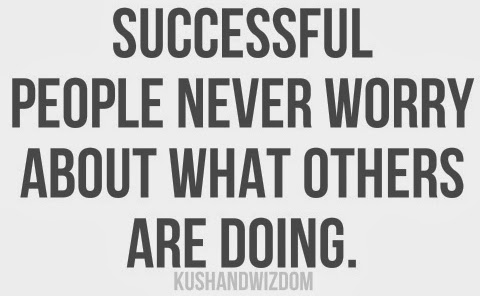 Oct 28, 2013 – Competing With Other People: Number One Success Killer In Life By Ifeanyi J. Igbokwe

Have you ever felt relentlessly compelled to buy a thing you don’t really have need for, just because someone, a friend bought one, and somehow you have to feed an intimidated ego?
Years back, shortly after I graduated from college I met a young man who graduated around the same time with me. We were both starting out in life and lived in the same house. One day my friend came home with a brand new iphone. My reaction? I was instantly hit by a high blood pressure of a conglomeration of emotions.

First it was surprise, and then I felt abandoned and left behind. Although we were both hardworking, this was a young man that I knew his financial condition to the letter, we had often helped each other out financially, but here was he with a brand new iphone. When eventually I came to myself, I consoled myself, and tried to convince myself that I could afford to buy an iphone, albeit a fairly used older model of the one he had. I also tried to see if I could buy one but there was no way I could do that without disrupting my budget and hurting myself. So I slowed down.

A few months down the line, he bought a brand new Blackberry phone. It was beginning to get at me. Here was I using a Nokia radio phone while my friend’s using state of the art gadgets. Once again I told myself that I can afford one even if it’s fairly used five year old BB. So I looked at my budget again and decided it wasn’t wise to leap now. Again I rested.
Not long afterwards, he brought home an SUV. It was at this juncture that I quit playing the competition game in my mind with this guy and told myself that we do not have the same financial strength and hence there was no basis on which I would bear any comparism with him in that regard, so I switched off my emotion concerning the things he acquired or procured.

Many people are like I use to be, they are working tirelessly day and night just to keep up with the Joneses. Because Jenifer uses a 2010 model Benz car, I must buy a 2012 model. It does not matter if I need it or not, neither does it really matter if I earn enough money to finish paying for it in five years should my salary be completely deducted from source and nothing is left for me.
The drum major instinct as psychoanalysts call it is argued to be the predominant instinct in man; the desire for recognition. This is the urge to stand out, to be different, desired, respected and accepted. Why else a man would walk into boutique and see two shirts made by the same shirt maker of the same material and design, given that the prices are three thousand and ten thousand and he will walk home smiling that he bought the genuine one just because he bought it for ten thousand Naira? It has been the royal wings on which many people rode to success and fame and this is the same suction force that drew so many people down a spiral decline that has ended in their destruction.

Amazingly we live in a time and age in which we have been deceived into believing that the kind of phone a man uses is directly proportional to the amount he has in his bank account. We have come to believe that the kind of car a man drives has everything to do with the amount of money he has sitting in his bank account. So everyone is busy trying to outdo his brother. I’ve got to buy this Range Rover car since no one drives a Range rover in my estate. It would not matter I don’t earn enough to procure it. It would not matter if I would still be paying for this car long after I have stopped using it. This is why many people at in neck-deep in debt do not see how they could be untangled from it in the nearest future.
So you must buy this Blackberry 10 because of all people Ada just came back with one and you must maintain your position as posh lady. It would not matter how you go about it, all you want to know is that BB Z10 is in your palm.

That is the reason why working class people who earn up to half a million Naira would still borrow money from a corps member in the very same office where they work. Before salary shows up, there would always be debt far bigger waiting on ground to take it in. That is the reason why some people would almost die once they lose their job for they had allowed their expenses to grow over and above their income. Truth is, no matter how rich we may be, there will always be people richer than you. No matter how much state of the art the gadgets you use right now may be, just give it three months and better,efficient and more beautiful ones will take over from it, will you spend your entire life chasing after the wind? Will you continue in the race for nothing all your life, competing with the wrong crowd? I doubt it.

About The Author: Ifeanyi J. Igbokwe is a peak performance expert, motivational speaker, consultant and an action coach with special interest with personal and corporate growth and effectiveness. Mail: ifeanyi.igbokwe@gmail.com

Continue Reading
You may also like...
Related Topics:article, competing, motivation, others, people, success