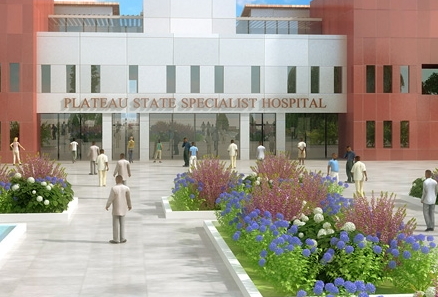 A mild pandemonium happened at Plateau Specialist Hospital mortuary in Jos today, Monday the 1st of May 2017 when the corpse of a late Chinese man grabbed the hand of his living brother and refused to let go.

The strange incident happened while the deceased 35-year-old Zeng Choji was being dressed by his younger brother  Gyang Zeng.

It was the timely intervention of mortuary attendants that helped in separating the corpse and his living brother.

Choji Zeng who lived together with his brother in Jos for over 20 years died of liver disease while the two were fighting over their parents inheritance.

A neighbour who witnessed the bizarre incident told NAN that the two brothers were fighting when one of them departed to the great beyond.

Choji Zeng and Gyang Zeng were born to a Chinese father and a Nigerian mother in Jos.

Who Is Ayo Adesanya Dating?
Photos: Jumoke Orisaguna The Breadseller Has Travelled Abroad..She Is Now In South Africa