Popular Nigerian actress-turned singer Cossy Orjiakor is happy to have survived a car accident that happened on Lekki Epe Expressway in Lagos on Sunday.

According to sources, the popular playgirl mansion owner survived the crash without any injury.

Check out the scene of Cossy Orjiakor’s car crash below: 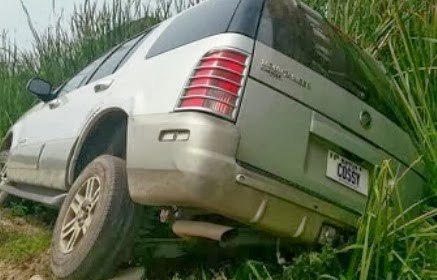 Her SUV with custom plate number Cossy entered into a ditch while returning from a function.

The silver coloured SUV wasn’t a write off due to the nature of the incident.

Though Cossy didn’t reveal this on Twitter, a source said she so was drunk behind the wheel moments before landing into the ditch.