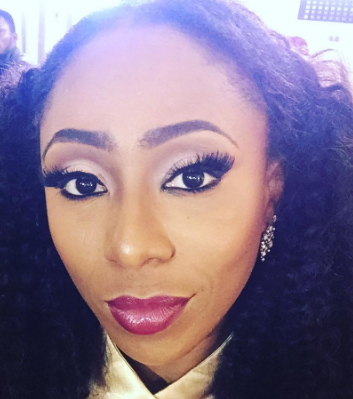 July 28, 2017 – Dakore Akande: Domestic Violence On The Rise Because Some Men Were Brought Up That It Is Ok To Beat Their Wives

The Average Nigerian Woman Has No Right – Dakore Akande

Here is what the actress said:

“I believe God created woman and man to complement each other. The sad fact that the gender equality bill was thrown out (as late as) at the second reading says a lot about how little we (women) are regarded in the scheme of things in this country.

The average Nigerian woman has no rights and this should not be so. The world is changing so rapidly and we need to move with the times and acknowledge the poor treatment and total disregard we (women) face.

Maybe a few of us can, but what about the majority who can’t fight for themselves? Consider the young girl in the North who gets married at the age of 9 or 10 years old, who becomes pregnant for her 40 or 50 years old husband, and because of the strain on her still-growing body, her body organs succumbs to VVF.

Think about the woman in the South who can’t inherit land simply because she’s a woman? Or the young who are subjected to all forms of ill-treatment? God forbid her husband dies; she is called a witch and might be made to drink the water used to wash his corpse. A man can decide to pay for his kids’ upkeep because he is no longer with the mother. Domestic violence is at an all-time high because men are brought up to think it is cool to beat up their wives.

Not to be biased, I think as women, we have also been complicit and we need to take responsibility for encouraging this. When it was up to us to be gatekeepers, we looked the other way. The buck has to stop with us. When we truly start accepting and respecting each other as women, I believe we will start to receive the respect we deserve.

Until we stop raising our sons as superiors to our daughters, things will not change. I feel this passionately, not necessarily just for myself but for women in general and mostly because I have two daughters who might experience this discrimination just because they are female and that is totally and utterly unfair.

I will be glad to see Nigerian women get well-deserved rights and protection under the law”.

Continue Reading
You may also like...
Related Topics:beat, brought, men, nigerian, up, wives