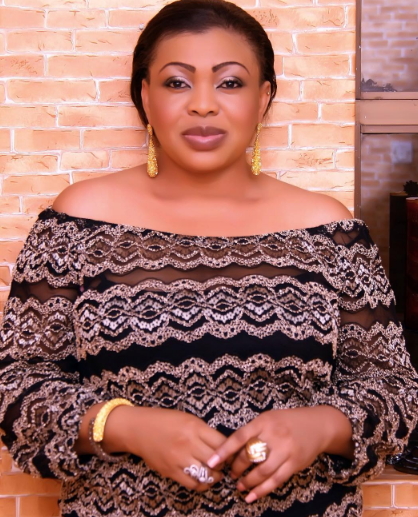 As the countdown to the maiden edition of Daylight Annual Leadership Awards (DALA) and first anniversary of Daylight Newspaper gather momentum, the organisers have revealed that several leading Nollywood stars, top entertainers and celebrities will grace the historic event as special guests.

Unarguably one of the biggest media events in Nigeria this year, the high-octane awards ceremony holds elaborately next Sunday, May 22, at the prestigious Civic Centre, Victoria Island, Lagos, amid glitz, grandeur and glamour. Green and White carpet starts 4.PM.

According to a statement issued today by the Publisher/Editor-in-Chief of Daylight.ng, the reliable online newspaper, Mr. Azuh Amatus (NGE), who is also the Chairman and Founder of DALA, several A-list Nollywood stars, musicians, comedians and celebrities have happily confirmed they would grace the two-in-one ceremony. 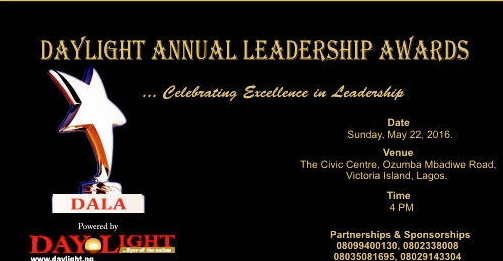 “This maiden edition of DALA is definitely going to be star-studded and extraordinary. Several leading lights in the nation’s entertainment industry, especially Nollywood have confirmed they would honour us with their intimidating presence and famous faces. We are keeping their names under wraps as a surprise package for our equally special guests on May 22.

We are celebrating them alongside other honourees for the good works they are constantly and consistently rendering as role models, national/international ambassadors of this great country and above-all, true leaders in their respective fields of human endeavours,” stated Azuh, a multiple award-winning journalist that has extensively covered Nollywood, for almost two decades.

Meanwhile, DALA, as a revered award scheme primarily seeks to recognise, reward and celebrate excellence among Nigerians who have excelled immensely in various leadership positions and equally impacted positively on our nation in both public and private sectors.

Interestingly, the talented and famous duo of comedian Okey Bakassi and actress Jennifer Eliogu have been sensationally chosen as anchors of the historic gathering currently serenading Lagos and its environs.

And to further rev up the evening of high-net-worth gathering, the hilarious quartet of Klint Da Drunk, De Don, D’Lectura and Mr. Makati, will thrill and titillate special guests with undiluted comedy from their rich repertoire of jokes and humour vaults.