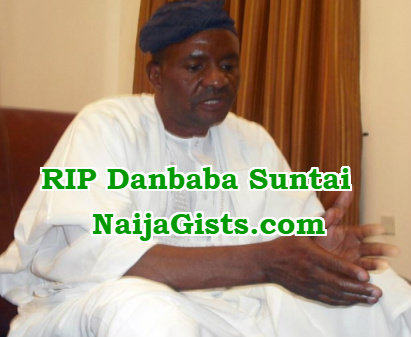 The people of Taraba State have lost an icon. Their former governor, Danbaba Suntai who suffered brain injury in a near fatal chopper crash in Adamawa on Thursday the 25th of October 2012 while flying his helicopter to an event died on Tuesday the 27th of June 2017 in the United States of America at the age of 55.

Though the details of his death are still sketchy, Ex-Taraba State Information Commissioner, Bello Emmanuel confirmed his death today.

Since Suntai survived the ghastly plane crash, he has not fully recovered.

Continue Reading
You may also like...
Related Topics:danbaba suntai, dead, hospital, us

Lionel Messi & Babymama Set For Mother Of All Wedding In Rosario Argentina This Weekend
Buhari Is In Coma, Nigerian President On Life Support Machine In London – Says Fayose