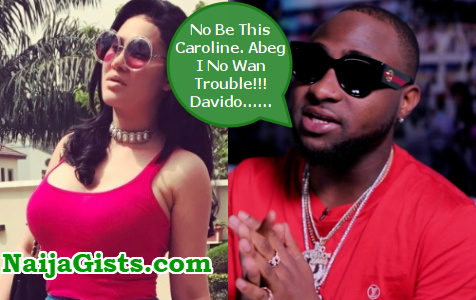 Nov 11, 2017 – Davido To Fans: The Caroline In FIA Is My Primary School Classmate Who Lied I Took Her Eraser

Following the death of one of his Tagbo Umeike and the circumstances surrounding the sad death, fans of Davido had predicted that the singer would refer to the incidence in his new song.

Not surprisingly, the name Caroline came up in Davido’s new song FIA and the fan base of the singer are already congratulating themselves on a correct prediction 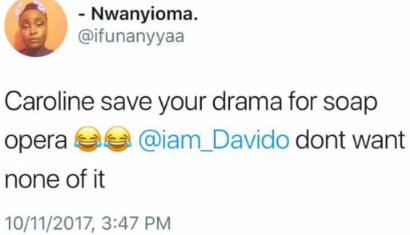 In the song Davido had told “Caroline to save her drama for soap opera, he wants none of it”

However, the singer has denied the claims. In a reaction to the reports, Davido claims he wasn’t referring to Caroline the actress but one Caroline from primary School who claimed shestole his eraser! 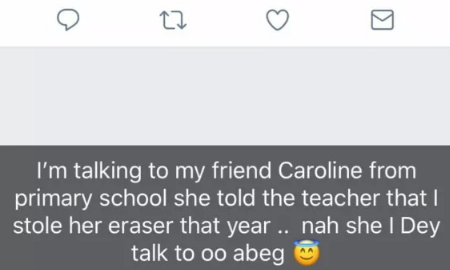 Chai, Omo Baba Olowo can lie for Africa… Why not mention that Caroline until now…. Obo you are busted!!!