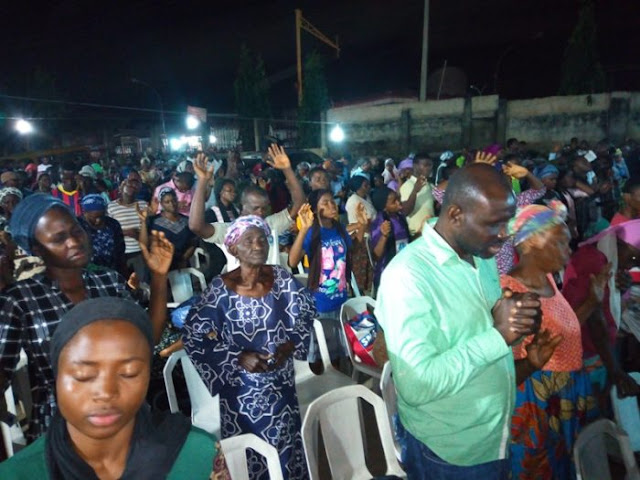 Gbagada headquarters of the Deeper Christian Life Ministry is agog as thousands of residents trooped out for the Deeper Life Lagos Citywide Crusade currently ongoing all over Lagos State.

The crusade, which kicked off on Friday evening and will end on Sunday held in four locations in Gbagada, with eager residents trooping out to receive from God. The crusades were held at Ifako, Oremeji, Gbagada and Oworo Groups, according to the church’s division.

With the theme: “Freed Indeed,” residents thronged the four venues to seek for freedom and blessings from God.

At one of the crusade venues, Pastor Alfred Ogene, who heads Oremeji Group of Districts, challenged Lagosians to break away from their sins as that would keep them in perpetual bondage of the devil. 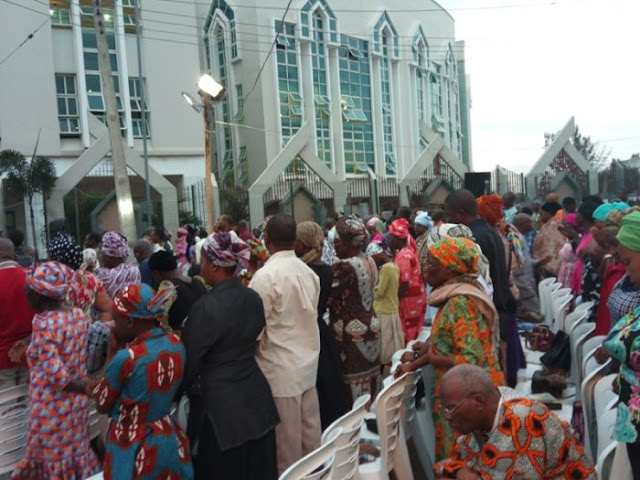 Speaking on the topic: “Celebration of Freedom through Christ,” Ogene emphasized that anyone in bondage of sin needed deliverance which only the blood of Jesus could make possible.

“Jesus is here to set you free, sins make us to be in bondage,” he said, adding that several people were in bondage of smoking, fornication, drunkenness, adultery and several other vices, saying that only Christ could bring deliverance to such people.

He warned that people enmeshed in the bondage of fornication could be exposed to deadly diseases such as HIV, gonorrhea and others, adding that a sinner might not want to go into immorality, but that because such person was in bondage, he would go into it without minding the cost.

According to him, the only hope for mankind is Jesus who has the power to save and deliver people from the bondage of Satan.

“When there seems to be no way, look up unto the Saviour, Your solution tonight is to look upward. Judas did not look upward and he committed suicide and ended up in destruction. Maybe you are deep in sin and you want to commit suicide, if you can look upward, God will redeem your soul tonight,” he pleaded.

Ogene called for genuine repentance as the only way to experience complete deliverance from sin and all social vices, adding that “it is the blood of Jesus that sets a man free from the captivity of Satan.”