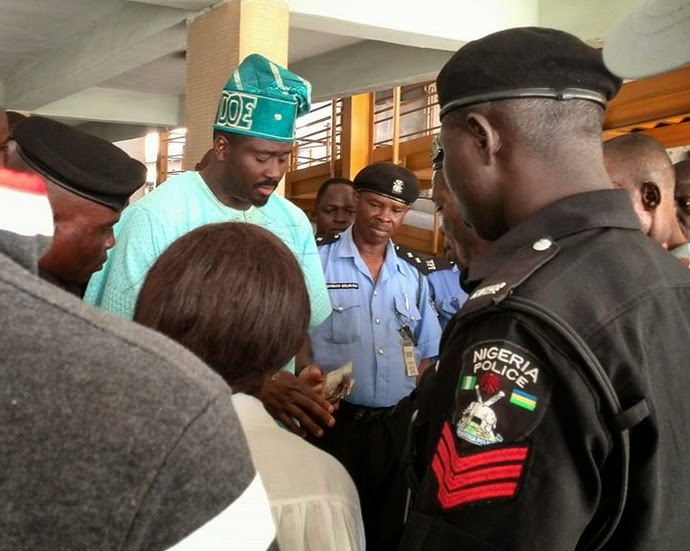 On Friday, Desmond Elliott took to Twitter to share a controversial photo of himself giving money to some curious-looking police officers somewhere in Lagos.

Many supporters of the opposition party accused him of bribery and corruption.

Though the actor denied the allegations but the deed has been done.

Hon. Desmond Elliott, this is out of it, how can you be campaigning for change and be doing this kind of thing in public?