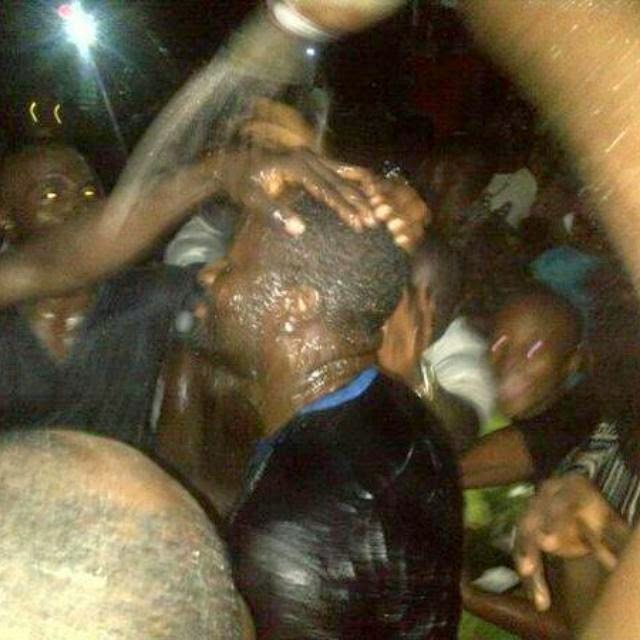 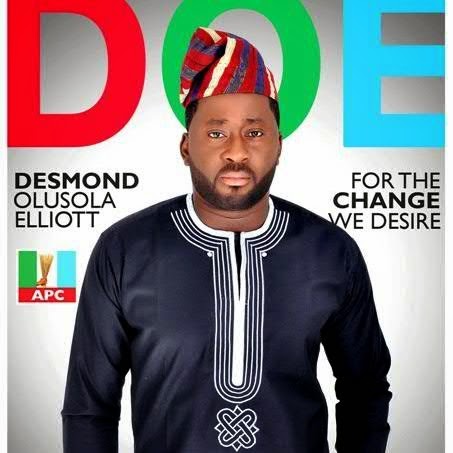 From now on, the Nollywood actor will now be regarded as Honourable Desmond Elliott.

This evening, fans and supporters mostly youths took to the streets of Surulere to celebrate his victory.

Some even went as far as pouring water on his head.