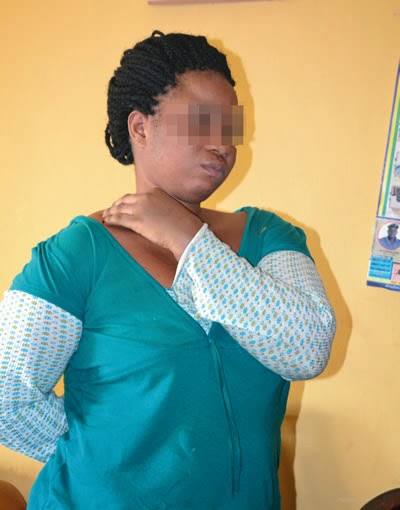 A 51-year old tricyclist, Adetunji Adedoyin on Friday pleaded with a Lagos Island Customary Court to dissolve his 13-year-old marriage to his wife, one Yetunde Adedoyin, citing infidelity and threat to his life.

The petitioner who lives at 147, Tokunbo Street, Lagos Island, also alleged before the court that his wife was pregnant for another man while she was still living in his house.

“My wife was on admission at the hospital and I was visiting her there every day.
“But during one of my visits, one of the hospital cleaners told me that my wife was pregnant and that a particular man was always coming to see her also.

“I got annoyed because my wife told me she was suffering from malaria attack.
“After confirming the truth, I fought with the doctor for colluding with my wife. However the police arrested me but later released me same day.

“My wife aborted the pregnancy so that peace could return to our family as it were before. However, my wife kept visiting her man-friend,”

“One day, she did not return home till 1:00 a.m., under the pretext that she had gone to collect her son’s school fees.

“Few weeks later, she felt sick and a test carried out at a medical laboratory confirmed that she was pregnant. I know that I am not responsible for the pregnancy which is now four months’ old.

“Also, I would not be the father of the unborn child because I have not had sexual intercourse with her since December 2014. She has only a two-year old child for me. I want the court to dissolve the marriage because I cannot condole her wayward life again,” he said.

While responding, the wife, Yetunde Adedoyin, 35, a trader, told the court that her husband wanted the marriage dissolved because she stopped giving him money she got from her previous marriage.

“My husband and I used to spend the money that I was collecting from the father of my first child.
“On some occasions, he would ask me to tell the man that his child needed to buy some things which were not true.

“But when the man stopped giving me money, problems started at home,” she said.

Yetunde told the court that she had aborted five times for her present husband alleging that he was always using the blood for his personal sanctification.

“Whenever I am pregnant, he would bring a nurse to the house to abort my pregnancy, and he would use the blood to rub his head after he had done some incisions.

“He has been begging me to abort this pregnancy but I refused. So, I am surprised to hear from him that he is not responsible for it and will not accept his responsibility as the father when the child is born.
“We made love two days ago and we still live together so it is not true for him to have said that it was last year we last made love,” she said.

She said that she still loved her husband because of the pregnancy she was carrying and denied ever threatening to pour acid on him.

The President, Chief Awos Awosola, told the couple to maintain the peace and adjourned the case to June 8 for further hearing.

This is real drama.