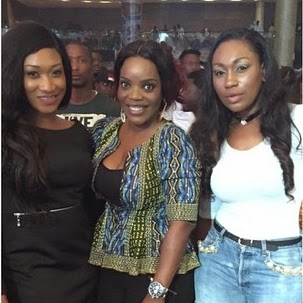 The trio were spotted at the just concluded Easter day comedy show put together by comedian Ayo Makun, AY in Lagos.

They were all happy and full of smiles with the exception of Ebube Nwagbo who reportedly felt ashamed when an elderly woman called her attention to the ripped jeans she wore to the event. 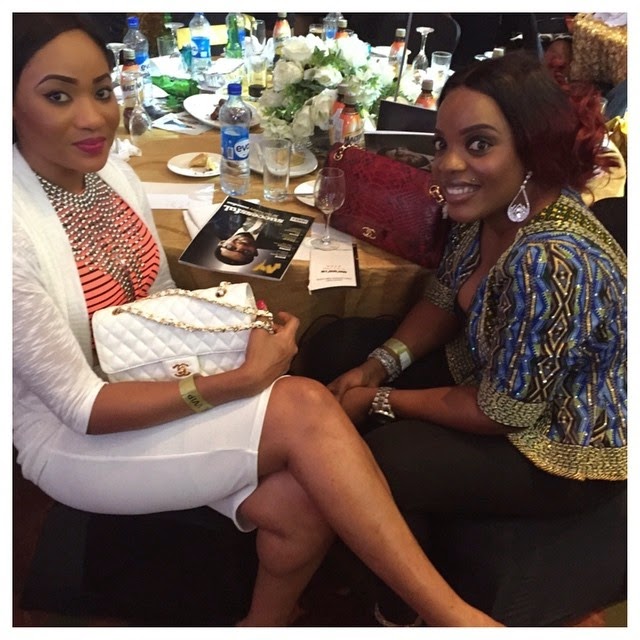