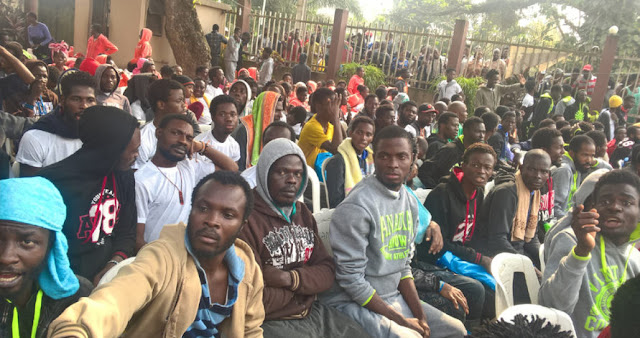 The protest that started yesterday in Benin city Edo state continued this morning when some Libya returnees rejected the N1,000 transportation allowance given to them by the state government.

Several people also stormed the premises of the Benin Motel Plaza where the returnees were lodged to find their lost relatives.

Those looking for their relatives peeped through the fence to look for their love ones as you can see in the photo above.

A woman, who gave her name as Boss, said she was looking for her brother named Aminu who called her from Libya in September 2016.

The protesting returnees said it was sad they were still wearing the prison uniforms given to them in Libya despite all the countless promises the Federal Government made to them.