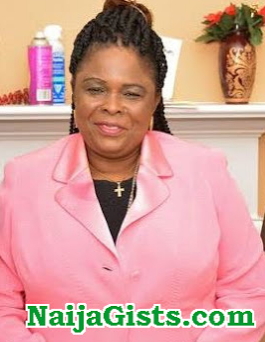 The EFCC has exposed more fraudulent dealings of former First Lady of Nigeria, Patience Jonathan during her husband’s time in office.

Mama Peace who allegedly received N700,000 salary monthly as Bayelsa Permanent Secretary and bought 9 mansions, 2 hotels and a plaza during her husband’s tenure told the EFCC that the $15million in her Skye bank accounts was a gift. 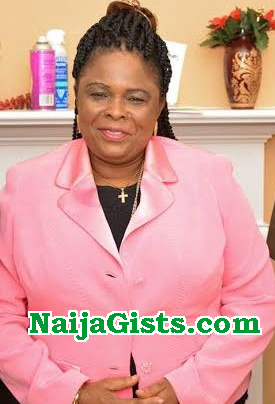 The agency who saw her pay slip has demanded for the records of those who gave her the $15million cash gift.

Investigations also revealed that Mama Peace is the owner of the following assets;

Here is what a source at EFCC told the Nation yesterday 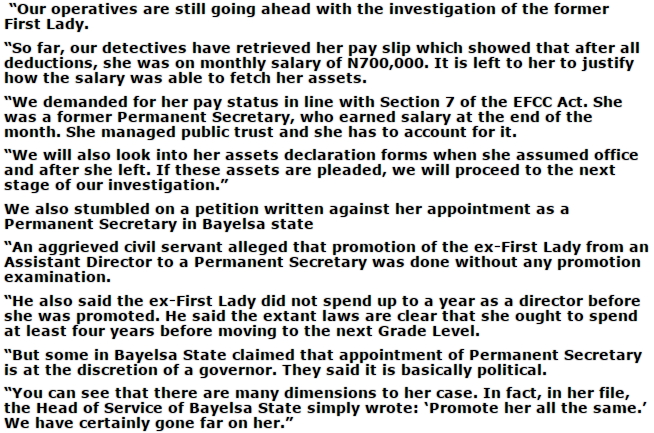