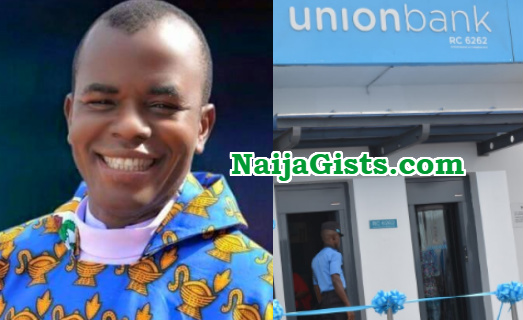 The spiritual director of Adoration Ministry, Rev Father Ejike Mbaka has won his 7-year-long legal battle against the Union Bank of Nigeria.

Last week Thursday, an Enugu State High Court while delivering judgement in the lawsuit between Mbaka and the Union Bank awarded N5.5billion in Ejike Mbaka’s favour.

Mbaka who praised the Nigerian Judiciary urged the Union Bank to expedite action in paying him the sum awarded in his favour.

In 2010, the bank filed a lawsuit against Ejike Mbaka’s ministry while Ejike Mbaka defended himself in a counter suit seeking N5.5billion.

Here is the press statement Mbaka released after his legal victory: