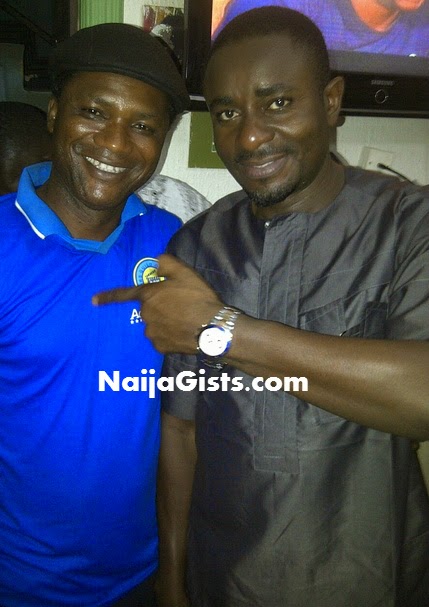 It is no news that Nollywood actor Emeka Ike has left his base in Lagos for Abuja after he allegedly divorced his German-wife.

Eagles eyes in Abuja alleged that the actor has lobbied his way into President Goodluck Jonathan 2015 campaign committee after his fall out with Actors’ Guild of Nigeria leaders.

Emeka Ike who currently resides with his older lover in Maitama area of Abuja reportedly got the connection with the help of the alleged sugar mummy who  has contacts in the Presidency.

The actor reportedly dumped his wife of many years Suzanne Rero and 2 of his 4 children in Lagos last year.