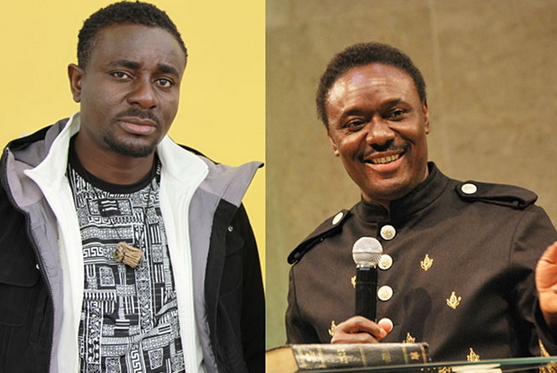 In the past 3 days, Nollywood actor Emeka Ike and Household of God founder, Rev Chris Okotie have been exchanging words over his divorce mess.

Recall that Emeka Ike’s wife of 12 years, Suzanne has vowed not to return back to her husband months after she allegedly met Okotie.

The actor took to the social media few days ago to accuse Okotie of hiring a divorce lawyer for his wife.

2 Days later, Chris Okotie through his media spokesman said he will not dignify Emeka Ike with a response.

Emeka Ike has responded to Chris Okotie in this exclusive chat with The Cable .

“I think his (Okotie’s) comment is a clear indication that he lacked the evidence to fault my allegation,”

“Is Pastor Okotie well-known and popular as I am? How can he say he will not dignify me with a response? His comment actually confirmed my suspicion that my wife is being manipulated either through blackmail or spiritual enchantment to say she was opting out of her marriage after 12 years.

“For instance, at the last proceeding on the divorce suit, my wife said it in the open court that she was willing to abandon her four children and go out of the marriage. Which woman will say she was abandoning her four children if not under a spell? It is clear to me that Okotie is not a pastor but an anti-christ.”

This drama is just unfolding.