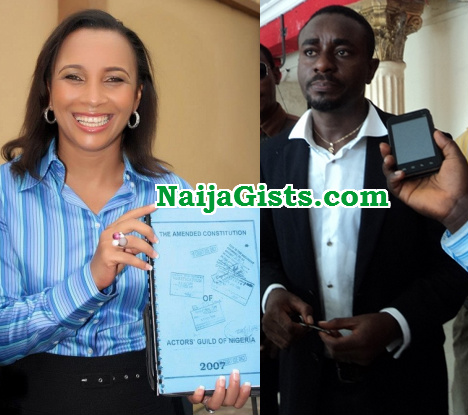 It is official! Nollywood actor Emeka Ike has become the official President of the Actors Guild of Nigeria.

In a court sitting in Lagos yesterday, the election that made Ibinabo the president of the guild was nullified as the court orders her and her purported executive members to vacate the seat and surrender all AGN assets at their unlawful possession to the incumbent President.

Ibinabo is currently serving a 5-year jail term in Kirikiri for her reckless driving that killed a doctor in 2006.