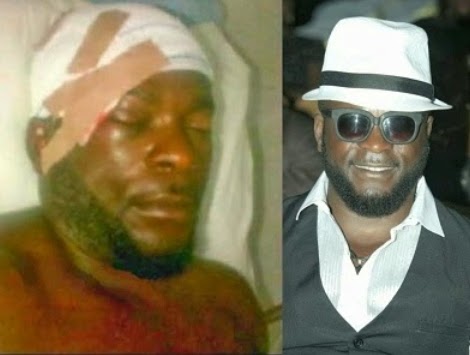 Nollywood actor Emmanuel Ehumadu aka Totolos who got injured on a movie set during a stunt involving himself and Jim Iyke recently is now in Dubai.

The popular actor suffered serious skull injury and was admitted to a private hospital in Asaba Delta state.

He was treated of his injury and later released but few days later, the actor suddenly fell ill… His condition deteriorated and was airlifted to a medical center in Dubai where he was diagnosed with brain infection.

Contrary to the false reports making round that Emma Ehumadu asked for donation, close friends and family members of the actor said he didn’t ask anybody for donation.

As we speak, the doctors have performed the surgery and the actor is now recovering in Dubai.

See these latest photos of Emma Ehumadu from his hospital bed in Dubai. 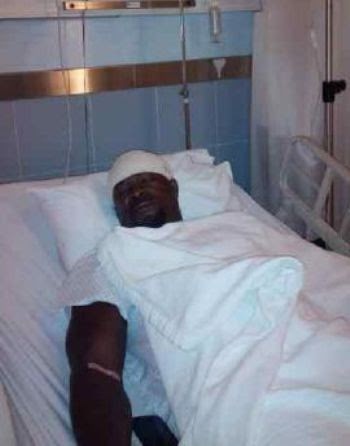 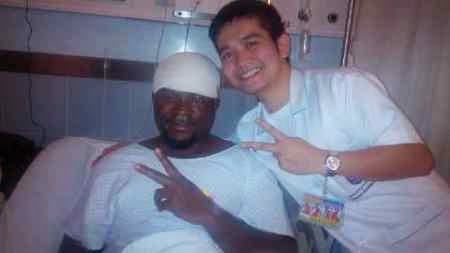 Soji Taiwo Omobanke Spotted At Strip Club In Ikeja Lagos
Mercy Johnson Boasts “My Husband Is Handsome, He Is My Superman”