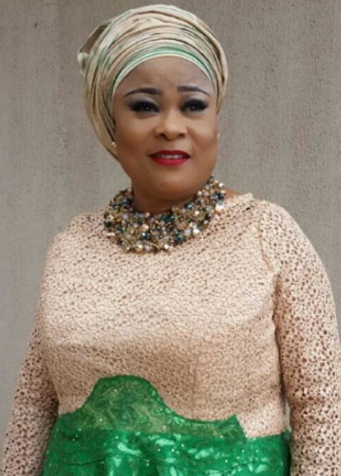 May 26, 2016 – Emotion High As Blind Fan Urges Sola Sobowale To Feature Him In Her Upcoming Movies

He watched Nollywood actress Sola Sobowale before he lost his sight. But standing during the press briefing to herald this year’s May Ball, an annual fundraising event of the Federal Nigeria Society for the Blind (FNSB) which holds on May 28, 2016 at the Shell Hall, MUSON Centre, Onikan, Lagos, by 5pm, Adediran Adekunle was happy he was finally meeting her.

Addressing Sobowale, Adekunle, a student of FNSB’s Vocational Training Centre at Cappa, Oshodi, Lagos State said, “I have a passion for acting. At a certain time, I went to meet YinkaQuadri at Ebutte Metta and I asked him, ‘I want you to act a film concerning the blind people.’ He was with Ogogo (Taiwo Hassan). They looked up me. They first laughed. And I said, ‘is it funny?’ They said, ‘no.’They now said, have I written any script. I said ‘no, I can illustrate the film to them and they would write it.’”

Responding to cheers from his mate, Adekunle who lost his sight in 2014 said, “being blind is not the end of the world.” 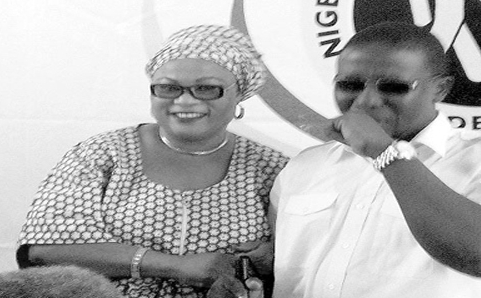 And going emotional, he continued, “Mrs Sola Sobowale, I once saw you before I got blind in 2014 and I know you’re a very good actress. I would like you to feature me or other people in one of your films. I want you to write a film concerning the blind people. And I’m looking forward to see that.”

With Sobowale engaging Adekunle, he disclosed his love for her.

“It is a great opportunity,” he said. “Even though I can’t see you, I feel your concern.”

The teary-eyed actress who became emotional hugged Adekunle and promised the film will happen. Earlier, she had said that her stay in London made her realise Nigerians do not take care of the less privileged.

Patience Ozokwor Mama G: I Stopped Wearing Trousers, Earrings Because God Told Me It Is A Sin
Omotola Jalade Shuts Down Her Mobile Event Center In Ikeja Lagos