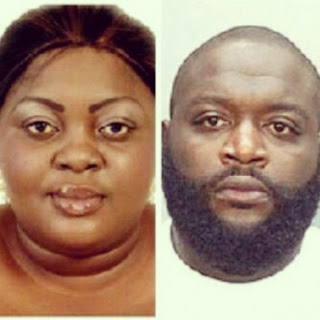 Yoruba actress Eniola Badmus, the Gbogbo Big Girlz of Nollywood has received tons of requests from fans on how she looked like American rapper Rick Ross who recently came to Nigeria.

In what way do you think she resembles him?

By the way, why is she using his mugshot photo?

According to sources, this is a photograph taken by police a while back when the rapper was arrested.