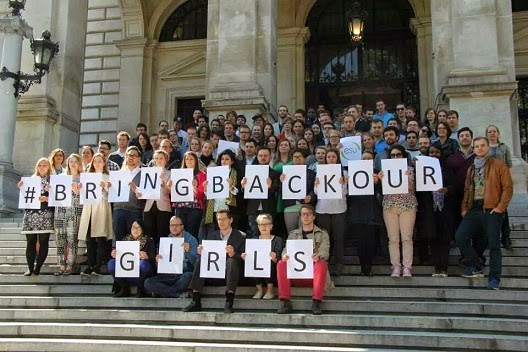 Europe Students Union members in Vienna have launched a campaign to support the cry to locate the school girls abducted in Chibok by Boko Haram terrorists on the 14th of April, 2014.

The EU Students launched the campaign during the statutory board meeting that held in Vienna.

Continue Reading
You may also like...
Related Topics:bring back our girls, Campaign, Europe