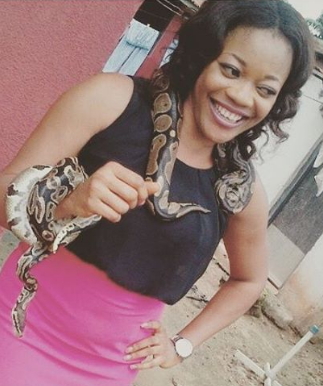 To be a successful actor, one must be ready to take up challenging roles.

One of the most passionate actress in Nollywood, Eve Esin recently went down the memory lane to a movie she featured in back in 2012.

In the movie titled Idemmili directed by Ernest Obi, Miss Esin was forced to act with two big snakes wrapped around her body.

The actress was seen smiling to the camera for a snapshot. 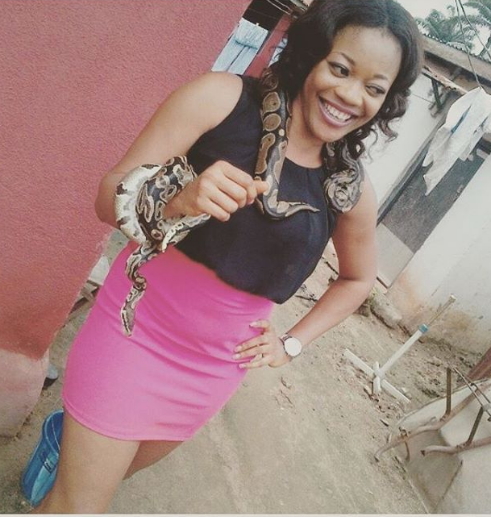 Behind that smile must be a tension-filled Eve Esin.

Since 2012, the actress is yet to dare such stunt.

See what her fans said on the risky scene 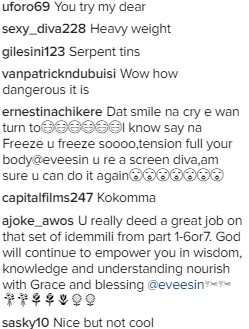 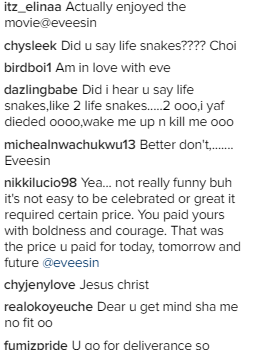