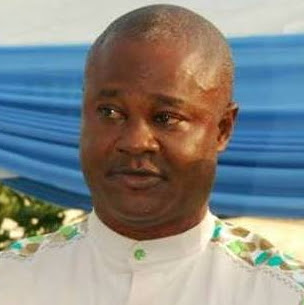 A former team leader at Okiki Film, Mr Sunday Esan who recently survived a tragic crash while returning from a wedding ceremony has been discharged from the hospital.

Last week Sunday March 24, 2018, exactly six days after celebrating his birthday,  the GM at Dangote Group of Companies was returning from Ibadan after the wedding ceremony of a journalist when a trailer sudden crossed his path near RCCG Redemption camp on the Lagos Ibadan Expressway.

He sustained serious injuries to his legs and chest as his new Toyota Camry was badly damaged.

He was rushed to Reddington Hospital in Victoria Island Lagos where he was treated and discharged. 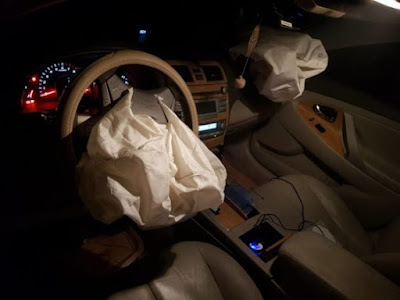 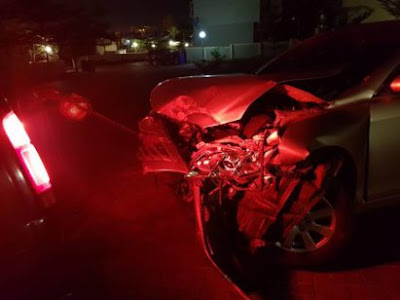