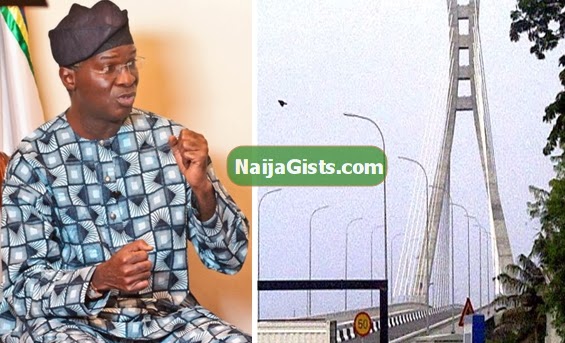 Dec 8, 2013 – Fashola Is The Best Governor In Nigeria; He’ll Get My Vote As The President

Over the years, I have paid attention to Governor Babatunde Raji Fashola’s Administration, particularly his accomplishments, to me he’s arguably the best governor in Nigeria. I was in Lagos in January when i visited Nigeria from New York. I could not believe my eyes with what he has accomplished.

Fashola has taken his state (Lagos state) to another level. I have been paying attention to all the good job he has been doing. Early this year(2013), when I visited Nigeria from New York, I could not believe my eyes with what I saw. The Lagos I saw early this year was not the same Lagos I used to know 20 years ago when i left Nigeria.

Governor Fashola has changed and revolutionized the entire state through good roads, decongestion of traffic especially (Oshodi bus stop) and many more.  Lagos state has workable traffic lights like here in New York and Trees lining the streets of Lagos. And now crowning all with Light Rail Road.

Governor Fashola, you have led by example. Surely, you have earned my vote as the Nigerian president. And I am looking forward  for the day you will declare your candidacy.

21 thoughts on “Fashola Is The Best Governor In Nigeria; He’ll Get My Vote As The President”