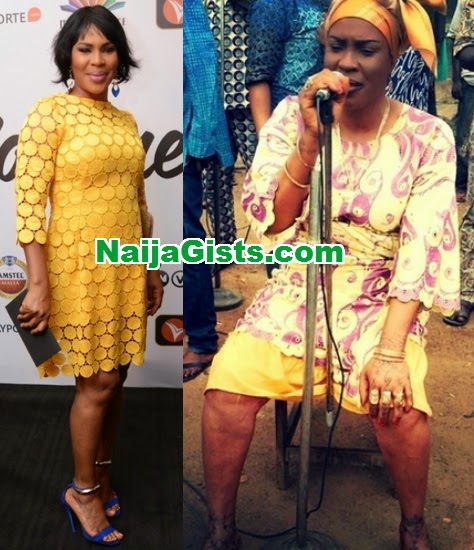 Nollywood actress Fathia Balogun was honoured during the 2015 Africa Magic entertainment awards that held last night at the Eko Hotel and suites in VI Lagos.

Fathia Balogun bagged an award for Best Indigenous Language in a Yoruba movie for her role in Iya Alalake movie directed by Muyiwa Ademola.

The comedy movie also starred Sanyeri, Femi Adebayo and many others.