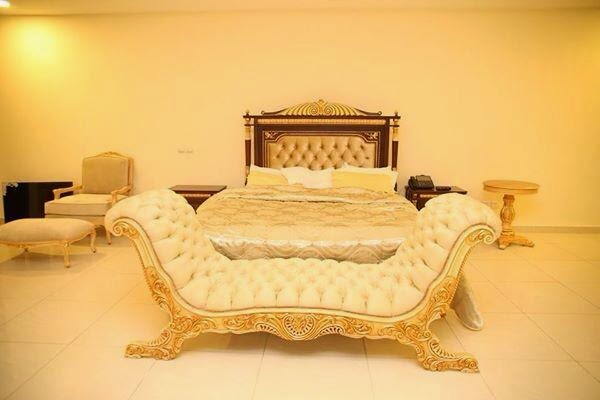 In a new statement released by his Special assistant, Lere Olayinka, the immediate past governor was accused of being insensitive to the needs of Ekiti State people.

Read the full statement below:

“When we visited the Government House for the first time yesterday, I was like: how I wish I can sell off this place or turn it to commercial use.“It is simply wicked for a governor to be more interested in this manner of ostentatious comfort at the expense of the people.“The bed on which Fayemi slept before he left government alone costs over N30 million!

“That of his wife costs over N20 million! “Between Fayemi and his wife, what was spent on their bedrooms, toilets and bathrooms will be in the region of N100 million.

“How can a responsible government use borrowed fund to provide this kind of luxury for the governor and his family alone in a state where a lot of people cannot afford to feed once in a day?

“People should ask the outgone governor what was really wrong with the abandoned governor’s lodge used by his (Fayemi) predecessors?.

Fayose seems to be more preoccupied with what Fayemi did wrong, isn’t it advisable for him to move Ekiti on to a better place? Of what use is this going back and forth??

If you are the man of change like you always say, stop complaining and get back to work that is what Ekiti people need now.