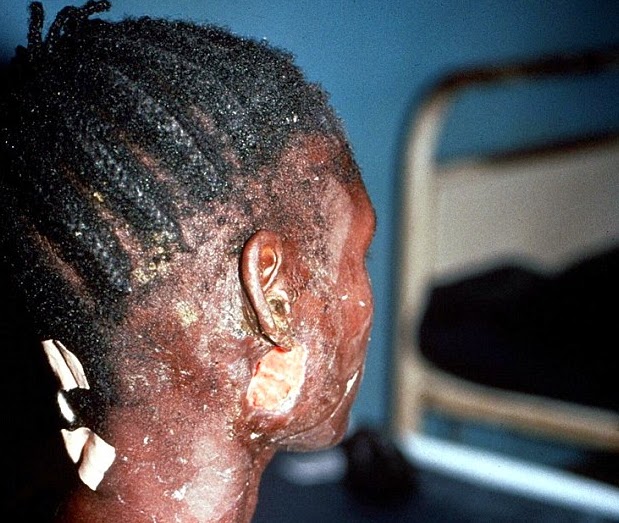 Lagos State Government is currently going after the family of the female medical doctor who tested positive to the deadly Ebola Virus Disease, EVD, in order to quarantine them, just as a special plane transporting the second American infected with Ebola left Liberia’s capital, Monrovia, early Tuesday en route to Atlanta.

At a news conference at Yaba area of Lagos, southwest Nigeria, Commissioner for Health, Dr. Jide Idris, said the government is working hard to establish contact with her family who might have contracted the disease.

The commissioner confirmed that the female doctor, whose identity is still being kept secret, is among the eight who had primary contact with Mr. Patrick Sawyer, the Liberian who died of Ebola in Lagos, that had tested positive for the virus.

“From our activities to stem the spread of Ebola virus in Nigeria, another patient has tested positive for the virus. And the female doctor is one of the eight persons who were under critical surveillance and care for having contact with the late Liberian, Mr. Patrick Sawyer, who died after been infected by the virus.

“The state has established isolation and treatment centre to hospitalise this patient. The staff at this centre have also been trained on how to treat and handle the patients under their care. The hospital is also provided with enough facilities to ensure that the officials and other patients do not contract the virus,” he said.

“The patients under our surveillance were those who had personal contact with the late Liberian. And the rapid response team had been in communication with these patients who developed fever and other symptoms,” he added.

The commissioner noted that the occurrence of secondary cases were expected given the nature of the contact these people had with the patient from Liberia, adding that this was because they were unaware of the patient’s status until the management of the hospital informed the state government of the development.

Idris said given the manner of the outbreak of Ebola virus in Lagos State, the Nigerian Medical Association, NMA, should suspend its strike and join hands with the government to fight the Ebola scourge.

“We will also welcome volunteers from the health profession and those who accept to volunteer shall be given incentives. We also appeal to residents to support the government in fighting the scourge,” he said.

Director-General, Nigeria Centre for Disease Control, NCDC, Prof. Abdulsalami Nasidi noted that government would not be able to release the name of the new victim, while debunking rumour that the patient was dead.

“The patient is not dead. She is alive. Experts from the local and international organisations are attending to the patient. She is one of the eight patients that were under intensive surveillance, tests are still ongoing on others,” he said.