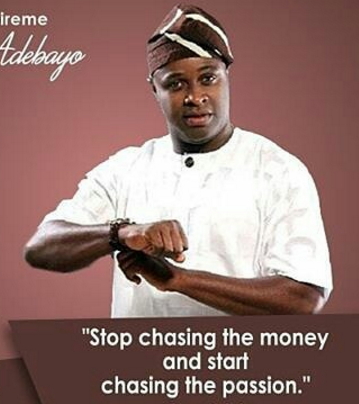 Even parents that cannot speak the language often force themselves to speak it with their children. I see that our culture is dying. I am a Yoruba man; I want our culture to still remain, which explains why I do 70 per cent of Yoruba movies.

Yoruba language has restricted audience because it is restricted to those who understand it.