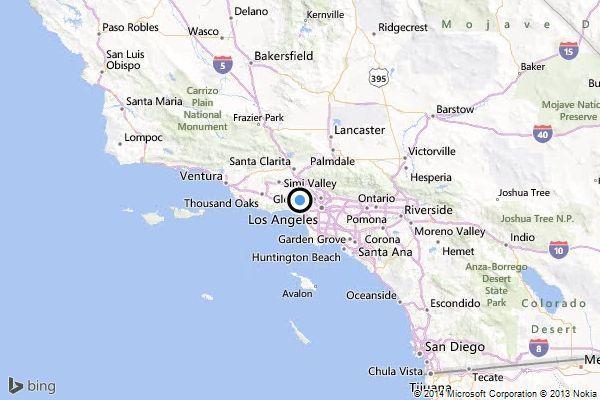 A fan and a popular commentator on NaijaGists.com (red) just told us now that a moderate earthquake rattled people of Southern California out of bed on Monday morning.

The magnitude 4.4 earthquake had initially been rated at 4.7, but was downgraded about 20 minutes after the jolt, the U.S. Geological Survey said.

No damage was immediately reported from the quake that struck at 6:25 a.m. PT. The quake’s epicenter was about 6 miles from Westwood, an enclave in West Los Angeles,, the survey said.

“We did our initial survey and it was felt only. No reports of any damage,” said County Fire Supervisor Michael Pittman.

Stacey Dirks, the 25-year-old assistant manager at Noah’s New York Bagels in Westwood, was at work at the time and said “it just felt like a sudden shake, it was just like rapid and quick.”

No bagels fell off the shelves and “everything stayed in place” Dirks said.

Joe Ramallo of the Los Angeles Department of Water and Power said that as of 6:45 a.m. there were no reports of water main breaks or power outages immediately following the earthquake. But he said crews are conducting routine safety checks after the quake to ensure their durability.

In the past 10 days, there have been no earthquakes of magnitude 3.0 or greater centered nearby.

This information comes from the USGS Earthquake Notification Service and this post was created by an algorithm written by the author.

Remember Red and others in your prayers guys.