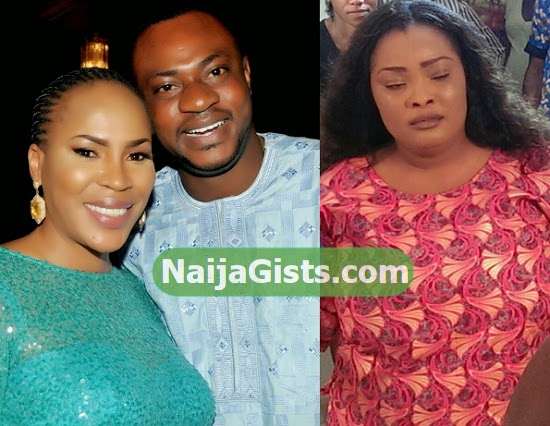 If the story coming from Yoruwood camp is anything to go by, Nollywood actresses Fathia Balogun Williams & Ronke Odusanya have become sworn enemies.

According to Nollywood insiders, the two recently engaged each other in a war of words that almost developed into a physical fight at a movie location in Abeokuta Ogun state.

While they were waiting for the camera to roll, someone slot in Pasuma music.

“While everybody jumped up to dance to the beat of the Fuji music star, someone just hissed. Fathia then looked back to inquire who hissed and she discovered that it was Flakky. A heated argument ensued and they were about to exchange blows before they were separated,” the source said.

We learnt that the two would have exchanged blows if not for the timely intervention of cute actor Odunlade Adekola who held both of them.

Pasuma recently dumped Flakky Ididowo. Though speculations have been mounting over marriage possibility but Pasuma was said to be in doubt as to whether to take the heavily endowed actress to the altar or not.

This was said to have riled Flakky who had to settle for her US-based secret lover, Femi Anibaba, a legally married father of three. She married him secretly recently.