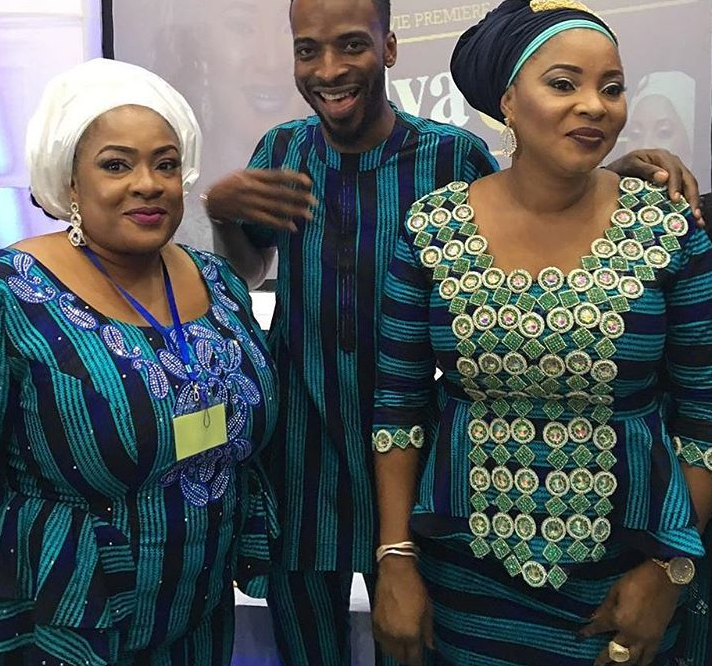 Since Nollywood actress Moji Olaiya died in Canada, it has been one controversy after another.

Some close friends made efforts to solicit for fund to return her body for a befitting burial in Nigeria.

However, Foluke Daramola Salako cries out that many people are hijacking the situation to score cheap points.

GoldMyneTV spoke with Funke Daramola Salako and she responded to comments by her colleagues and members of the public.

One of such comments which went viral yesterday was that of her colleague, Funke Adesiyan. Foluke, who shared a close relationship built many years ago through social advocacy, political campaigns, movie productions and events with late Moji Olaiya was quite unhappy with the rumours and comments circulating.

Excerpts from the interview with GoldMyneTV below:

“Please, Funke Adesiyan is my colleague but maybe she doesn’t understand somethings. The day Moji died and we spoke with the family members they said they will bury their daughter and sister in Canada. You know the reason why? It’s because of talks like this.

The Olaiya family is one that has built a great name and pedigree for themselves over the years even before my friend, Moji Olaiya was born so expectedly they wouldn’t want any tarnishing of their name in any sort.

Moji’s brother, Femi who I spoke with was really vehement about the fact that he knows people will start spreading false gists about their family not able to take care of Moji’s burial. I had to practically champion the cause to beg him to give us just 3days to raise the money to bring her corpse back to give her the burial she deserves in her home state and her children, fans and family can have a reference point to go to later in life.

So if anything none of the Olaiya family is expecting any money from any artist to bury Moji or for anything because they are capable to do that amongst themselves.

Please i’m craving the indulgence of the general public, my colleagues, friends even political associates not to make our intentions to bring our colleague back home and the honor given to us by the family to turn to a paraphernalia or drama of some sort.

We should remember that alot of us are mourning around now.

Whatever monies anyone is giving is voluntary and shouldn’t be a public thing please.
We only want to celebrate our departed one as the last honor to give her. All those that have contributed one way or another, we appreciate you but whatever you want to do please keep it as quiet as possible because truly that’s where true value lies.

Very importantly, I speak for Moji Olaiya’s burial committee and friends and would like to be quoted”